The Stack is back on this Thursday with not a whole heck of a lot lined up. Going to be a quick one today even though I will be talking about something I shouldn’t since talking about it will only prolong and keep one of the great American nightmares going (the sports one, not the other one). Let’s get to it and see what’s in “the stack” for today, Thursday, May 18th:

For the first time in the 2017 NBA Playoffs, a team led wire to wire to get the win and in game one of eastern conference finals between the Cleveland Cavaliers and Boston Celtics, it wasn’t even close. The Cavs kicked the crap out of the Celtics early on and though Boston made a bit of a run at the end of the third quarter, this game was really never in doubt as the Cavs won 117-104. LeBron James was his usual great self with 38 points. He did play 42 minutes and I’m really not sure he needed to, but considering the Cavs haven’t played in what seems like a month or so, it really is no big deal. Kevin Love had a good game. The Cavs had some very nice and crisp passing. This was a clinic and the Celtics never looked ready. They didn’t have the same energy that they did in game seven against the Washington Wizards in the last series and it showed. I would expect to see a different Celtics team in game two on Friday, but it really won’t matter, because the Cavs will still win. They’re just simply that much better than the Celtics right now.

Uh oh Lucy, you have some esplaining to do. The Pittsburgh Penguins appear to be in a bit of trouble following their lackluster 5-1 loss to the Ottawa Senators Wednesday night. When the Senators scored less than a minute into the game on Mike Hoffman’s fifth goal of the playoffs, Penguins fans had to be feeling a little worried, but once the floodgates opened in the second half of the first period, that would be all she wrote. The Senators scored three times in a 2 minute 18 second span to put the game away for good. They chased goalie Marc Andre-Fleury. The Penguins need to figure something out. They’re a better team than what they have shown. Maybe they aren’t taking the Senators seriously enough. Maybe they used too much energy in their series against the Washington Capitals. Or perhaps I was wrong and maybe the Senators are really just that much better. Say it isn’t so!

I don’t know why I’m doing this. I feel like, no I am a hypocrite. I don’t want to talk about it, but there just wasn’t much going on and this buffoon is getting what he wants: attention from saying outlandish things. LaVar Ball, the outspoken dad of lottery pick Lonzo Ball is at it again saying Wednesday on the radio with FS1’s Colin Cowherd that should anyone want the Big Baller Brand shoe deal, it will cost them three billion dollars. That’s $3 billion. With a “b”. He’s out of his damn mind, but yet it still gets people talking. I’m so sick of this guy. He is the worst person in the sports world right now. And yet I am talking about him. You got me LaVar. You got me. This dude needs to go away…now and for good. Just shut the hell up LaVar. You’re worse than Skip Bayless with the stuff you say and that is tough to do, because Skip says some downright ridiculous things. No one wants you and your stupid shoe deal. I wish your son would tell you to pipe down and maybe he has in private, but I’m sure he has to be sick of your antics to a point. The point of what LaVar is doing is to get people talking so in that regard his marketing strategy is working. However no one is taking him seriously and is this publicity even good? Bad publicity is still publicity and I’m talking about him. Sorry everyone. I’ll try and do better next time, because this guy doesn’t even deserved to get mention yet people still put him on TV and on the radio. This is one nightmare that needs to be over soon. Unfortunately with two younger sons still to go to college and most likely the pros, we haven’t heard the last of what LaVar Ball has to say :(

Coming up Friday: Ducks-Predators reaction, Preakness Stakes preview and maybe something else 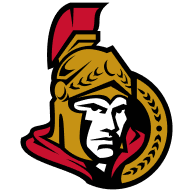 Other Posts About Lavar Ball

Lavar warned all of us...

What Fans can take away after Lonzo's performan…

Rivalry in the making: D'Angelo vs Lonzo